If you have a week to spend in Poland and want to see a little bit more than Warsaw and Krakow, we recommend to take the Tour of Southern Poland. It includes the biggest highlights of Warsaw and Krakow, doesn’t pass over the Auschwitz Camp and Wieliczka Salt Mine but also reveals to you the marvels of Lower Silesia with beautiful Wroclaw as its capital.

Day 1: Arrival to Warsaw
Transfer from the airport/railway station to your hotel. Accommodation and free evening.
Dinner in typical Polish restaurant. 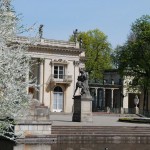 A day in Warsaw. During 3 hours sightseeing you will see the Palace of Culture which is the highest and the most recognizable building in the city and the Lazienki Park with Chopin’s monument and Palace on the Isle. You will drive along the Royal Route, the most representative street in the city and then walk around the charming Old Town. You will pay a visit to St. John’s Cathedral, see the market square and admire beautiful panorama of Warsaw from the tower of St. Anne’s Church. There are a lot of monuments and statues related with the Second World War but you will see just a few. One of them is the Monument to the Ghetto Heroes. It is located at the area of former Jewish Ghetto and commemorates thousands of people who lost their lives in the Ghetto Uprising in 1943. 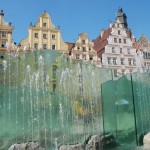 Just after breakfast our driver will pick you up from your hotel and drive to the railway station. You will take a train to Wroclaw, the capital of Lower Silesia. The journey will take 5,5 hours. In the afternoon our guide will await you at your hotel’s lobby to show you the city of Wroclaw. You will start from the Old Town where the magnificent Town Hall stands. It’s a real masterpiece and unique example of secular Gothic architecture. Within the city there are 12 islands but one of them is especially important and shouldn’t be missed. The Cathedral Island (Ostrow Tumski) is the oldest part of Wroclaw. You will find there the Gothic Cathedral of St. John the Baptist. Its two spires dominate the skyline. There are over 60 statues of dwarfs scattered around the Old Town. They appeared on the streets in 2005 and they commemorate the Orange Alternative movement and the year 1982. Dinner and overnight in Wroclaw. 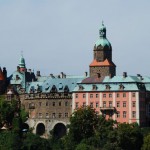 Today you will spend whole day exploring the gems of Lower Silesia region. The first highlight on your way will be the extraordinary Church of Peace of the Holy Trinity in Swidnica. This 17th century church built entirely of wood has been inscribed on the UNESCO World Heritage List in recognition of its exceptionality. The next stop on your tour will be the monumental Ksiaz Castle – the biggest castle of Lower Silesia and the third biggest in Poland. In the afternoon you will walk through the underground tunnels of Gluszyca-Osowka in the Owl Mountains which was the part of the Riese Project during World War 2. Return to Wroclaw for overnight. 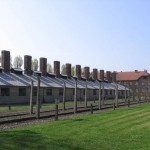 You will leave Wroclaw in the morning and head for Krakow which is situated 270 km to the South East. On the way you will make a stop in Auschwitz, the site that was the scene of genocide commited by the Germans during the Second World War. Auschwitz Extermination Camp has become the symbol of Holocaust and the “centre of the world’s conscience”. Auschwitz sightseeing lasts ca. 3,5 hours and it includes visit to Auschwitz II Birkenau. One can see there barracks, gas chambers, crematories and the main gate with the famous phrase written above the entrance “Arbeit macht frei”. Afterwards you will continue your journey to Krakow. Accommodation in centrally located hotel. Dinner. 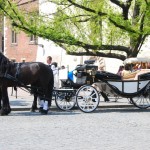 To avoid crowds you will start the day from a trip to Wieliczka Salt Mine. It’s an absolute must. Wieliczka is a small town situated just a few kilometers from Krakow and salt has been mined here continuously since the 13th century. It’s a world-class landmark attracting over a million visitors each year. You will return to Krakow for a dinner and after a short break we will invite you for three hours walk around the Old Town. Krakow is the former capital of Poland and it is said to be a magical place. Our guide will show you the market square with St. Mary’s Church and the Cloth Hall (Sukiennice), impressive Barbican and the buildings of Jagiellonian University. You will stroll along vibrant Grodzka and Kanonicza streets where you can fully experience famous Krakow’s atmosphere.
Overnight in Krakow.

Day 7: Departure from Krakow
Breakfast and transfer to the airport/railway station.