For centuries since medieval times Poland was home for Jews; it was the centre of their vibrant culture and the site of the greatest tragedy. On our Jewish Tour of Poland you will have a chance to experience the rich heritage of Polish Jews communities by visiting Lublin, Zamosc and Galician towns of Tarnow, Lancut and Bobowa. Inevitably, you will ponder on the tragedy of Holocaust while wandering through Auschwitz and Majdanek camps and the area of former Ghetto in Warsaw. 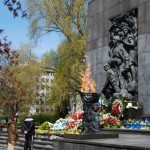 Just after breakfast we will start our 5 hours sightseeing of Warsaw. At the outbreak of the Second World War Jews made up 30% of Warsaw’s population and it was the biggest centre for the Jewish Diaspora in Europe. There were over 400 synagogues and prayer houses in the city. Not much left of their culture after the Nazi invasion in 1939. You will visit the Umschlagplatz, from where Jews were deported to the Treblinka death camp and the Monument to the Ghetto Heroes. Your next stop will be the bunker where the twenty-three-year-old commander of the Jewish Fighting Organization, Mordechai Anielewicz committed suicide in 1943. You will also see the last remaining pieces of the ghetto wall.
Dinner and overnight in Warsaw. 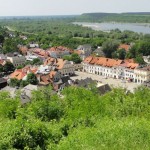 Start the day by traveling South East into Kazimierz Dolny, the town of artists. The Jewish community used to exist here since 1406. Nowadays you can still see the synagogue in Maly Rynek. There is also an interesting legend of King Casimir the Great and his Jewish lover Esther connected to the town. Do not forget to ask your guide about it. After a short break in Kazimierz Dolny you will head for Lublin, sometimes called the Jerusalem of the Kingdom of Poland or Jewish Oxford. A local guide will help you to follow the traces of Jewish heritage in the city. Evening in Lublin. 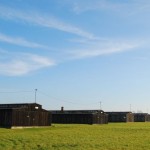 In the morning you will pay a visit to Majdanek Concentration Camp where 80 000 people lost their lives during the Nazi occupation. Majdanek is one of the best-preserved camps and it’s not as overrun with visitors as Auschwitz. Majdanek sightseeing lasts 2 hours. Then you will continue your journey to Zamosc, the pearl of Renaissance where you will have the opportunity to see the beautiful, old synagogue and building of the ritual baths (mikvah). What is interesting about the city is that until the 18th century Zamosc was the only religious community of Sephardic Jews in Poland. Later they probably became assimilated into the Ashkenazi community. Return to Lublin for dinner and overnight.

Day 5: Lezajsk & Lancut
Your trip wouldn’t be complete without visiting Lezajsk, once a typical Galician shtetl town and one of the centres of Hasidism. This is where the famous zaddik Elimelech is buried. An ohel built over his grave is visited every year by thousands of Chassids and other people interested in Jewish culture. Your next stop will be Lancut, a charming town marked with Jewish culture. You will find there probably the most beautiful synagogue in Poland. It was built in a baroque style, richly decorated. We strongly recommend visiting a magnificent aristocratic residence which is located just a few steps from the synagogue. Dinner and overnight. 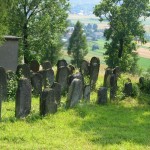 Following breakfast you will pay a visit to a small village of Bobowa, once a dynamic centre of Chassidism. You will see there the synagogue and picturesquely situated Jewish cemetery. Nowadays Bobowa is well known also for its lace-making. Afterwards you will head for Tarnow, which history is strongly associated with Jewish culture. One of the most interesting monuments here is bima of the 17th century synagogue. One shouldn’t forget that in 1942 Tarnow was the place of mass slaughter of the local Jews.
For the overnight you will go to the manor house in Kasna Dolna. 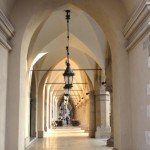 Early afternoon you will arrive to the magical city of Krakow. This is where you will spend the next three nights.
Today you will only visit the Schindler’s Factory which is one of the best museum in Poland and the rest of the day you can either relax or explore Krakow on your own.
We also strongly reccommend that you visit Galicja Jewish Museum.
Dinner & overnight in Krakow. 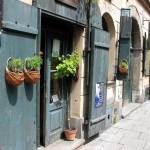 The day is reserved for Krakow sightseeing. Our guide will await you at the lobby of your hotel and take you for a walking tour around the Old Town and Kazimierz district, the traditional Jewish area. You will walk along splendid Kanonicza and Grodzka streets and enjoy the ambience of the Main Market Square. You will not miss the Remuh Synagogue which is the only active synagogue in Krakow and the Old Synagogue, one of Europe’s oldest Jewish places of worship. Kazimierz district is like a step back in time. Dinner and concert of klezmer music in typical Jewish restaurant. 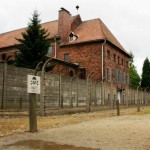 Meet your driver at hotel’s lobby and take a half day trip to the Auschwitz Concentration Camp. Auschwitz has become the symbol of Holocaust and the “centre of the world’s conscience”. During the Second World War the Nazis used to murder people here in the industrialized manner. Around 1,5 million people of various nations died in gas chambers, crematories and as a result of the horrendous and inhuman conditions.
Free afternoon in Krakow.

Day 10: Departure from Krakow
Breakfast and transfer to the airport/railway station.